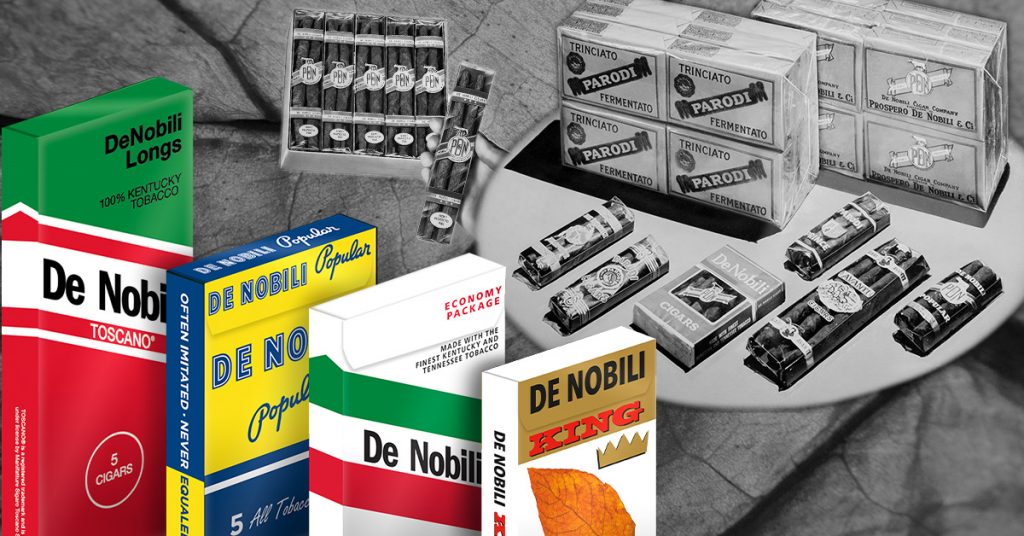 The history at Avanti is as robust as our cigars are. The cigar making journey has not stopped since the Suraci brothers left Italy for America in 1901. The company has been growing and evolving ever since the first days when we were known as The Suraci Brothers.

The 1950s was a time of prosperity for the United States and the people living there. Following World War II, families were growing and the economy was booming. Sometimes called the “Golden Age of Capitalism,” many families finally had an expendable income and could spend money on luxury items. More people than ever before were able to purchase items like cars, TVs, and even the finest Italian-style cigars.

During this time, the company was operating out of Scranton, Pennsylvania under the name Parodi Cigar Company. Despite the financial hardships that followed the Great Depression, the Parodi Cigar Company was doing better than ever – so well, in fact, that they were able to expand their offerings by purchasing a rival cigar company: De Nobili.

During World War II, cigars were very popular among military members. Many famous generals, in both the United States and other countries, could be spotted smoking a stogie. As the war ended and the brave men and women returned home, they brought their love of cigars home with them. People couldn’t get enough cigars!

Parodi was one of the top sellers of Italian cigars during this time. Their biggest competitor during this time was the De Nobili Cigar Co. of Long Island City, NY. De Nobili was founded in 1896, close to the time the Suraci Brothers left Italy. They were accountable for over 90% of Italian cigar sales in the New York and surrounding area. As Parodi climbed to the top of the Italian cigar market, they were finally able to purchase De Nobili in 1952. Parodi continued to produce De Nobili cigars after acquiring the company, and still does today!

Acquiring De Nobili was a huge milestone for the Suraci Brothers. We’re lighting up a De Nobili in honor of their success!