A tradition born in Italy and made in America

Our cigars story originated in 1901 when Dominic Anthony and Frank Suraci left their small Italian village in Calabria to begin a new life in New York City. Familiar with the small hand-rolled cigars known as TOSCANO®, the Suracis saw an opportunity to capitalize on their love of these cigars and serve the growing Italian-American population. In 1912 the three brothers formed “Suraci Brothers”, which would eventually grow to become Avanti Cigar Company. 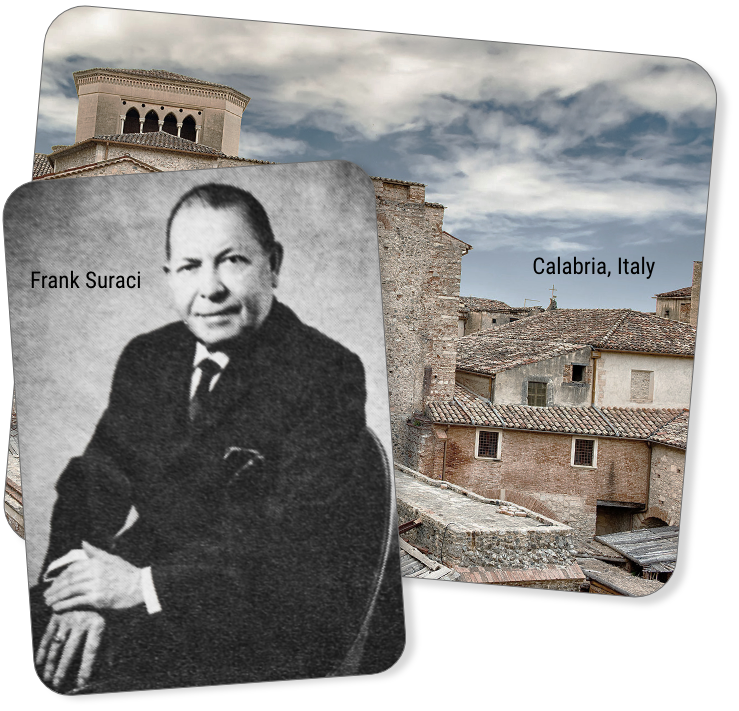 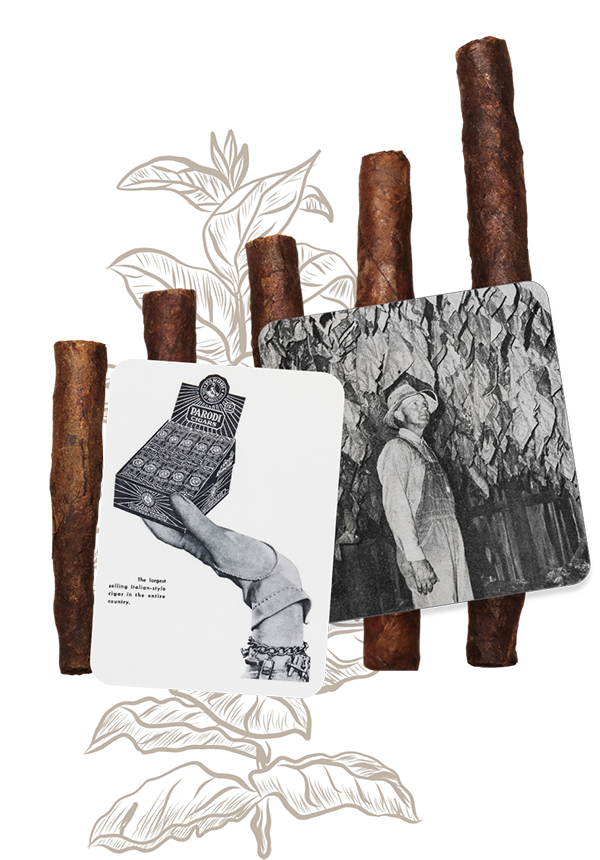 COMPANY GROWTH IN THE ROARING 20’S

By the 1920’s, the company was manufacturing and selling their best rated cigars as the State Leaf Company. In 1925 they purchased a Jersey City factory from the Parodi family, a leading competitor that was established in 1916 by a wealthy Genoese family of the same name.  Following that acquisition, the company was renamed “Parodi Cigar Company of New York”. The period from 1925 to 1929 marked the high water mark of the Suraci Family in New York.

In one day, the company went from taking orders and running at full production to standing on the brink of failure. The Stock Market Crash of 1929 forever changed the company, and the Suraci brothers fell on difficult times. These financial difficulties propelled the company’s move from New York City to Scranton, PA, where they could maintain production, continue in the larger surrounding markets, and stay competitive in the cigar industry. 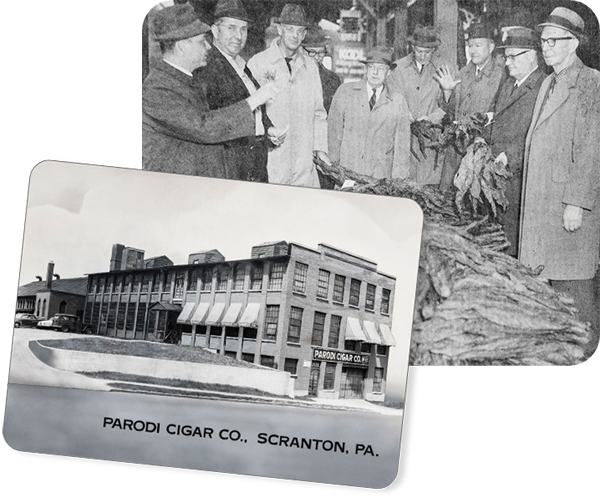 After the Suracis acquisition of De Nobili in 1952, Petri became the leading competitor. The Petri firm was, at the time, the oldest Italian cigar producer in the United States, and they began hand-making Italian style cigars around 1880. In 1963 the Suraci brothers purchased the Petri Cigar Company, and became the nationwide leader in Italian style cigars.

In 1970 the signature Avanti Cigar, flavored with an anisette tip, was introduced. It went on to become the company’s premier brand and one of their best rated cigars. This style of cigar was so successful that the Parodi Cigar Group reorganized as the Avanti Cigar Company. 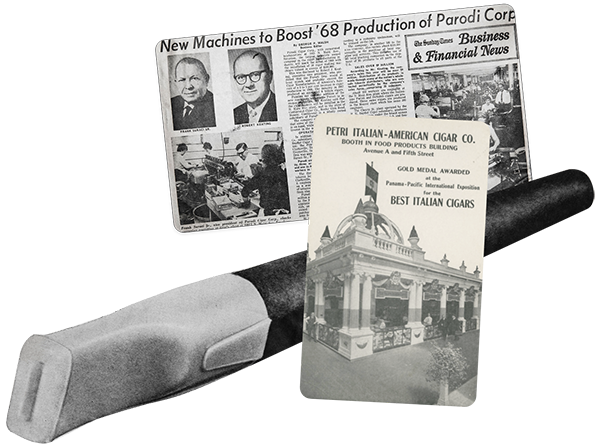 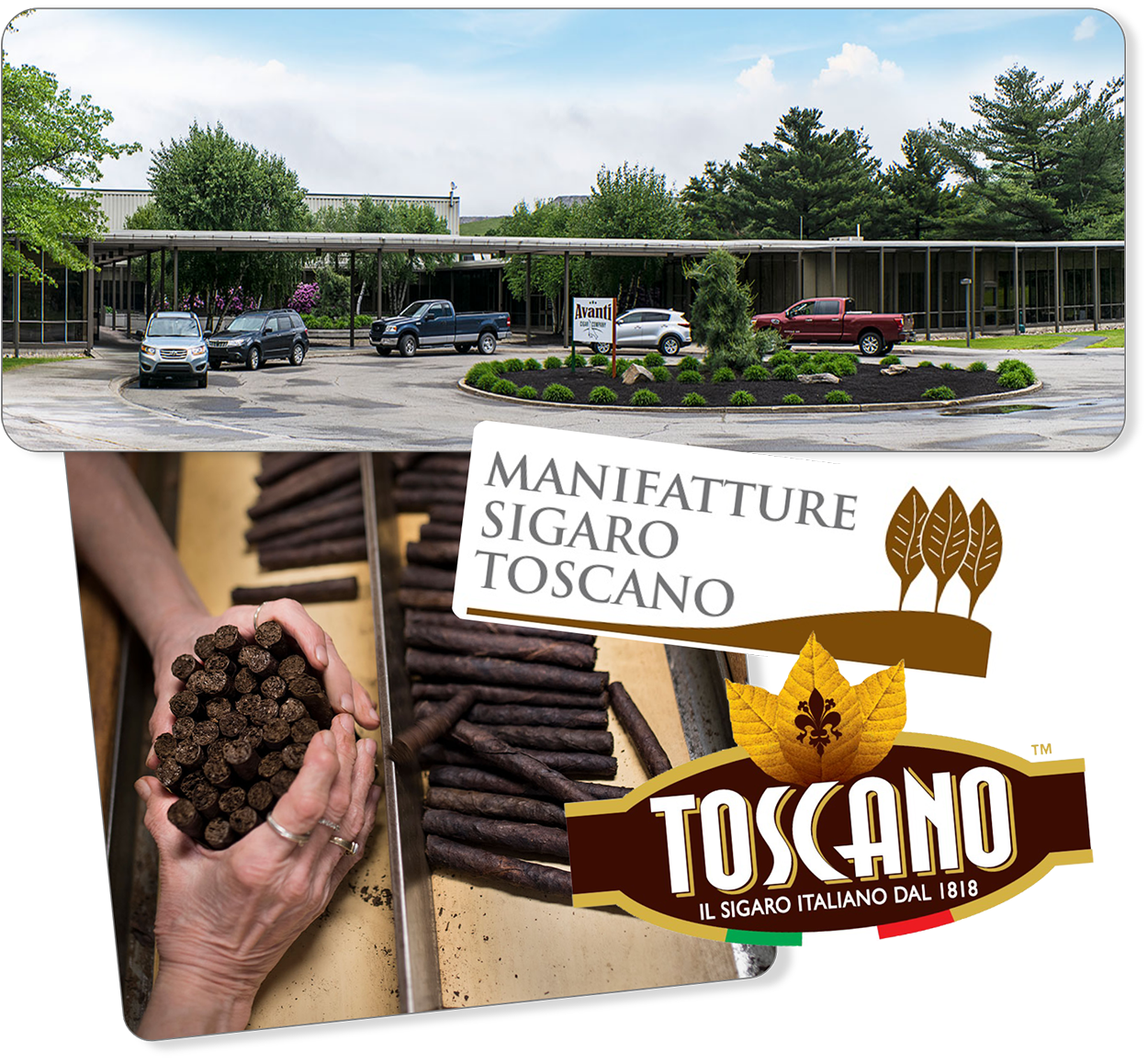 BACK TO ITALIAN ROOTS WHILE THRIVING IN SCRANTON, PA.

AVANTI CIGAR COMPANY REMAINS THE ONLY PRODUCER OF DRY CURED CIGARS IN THE UNITED STATES.