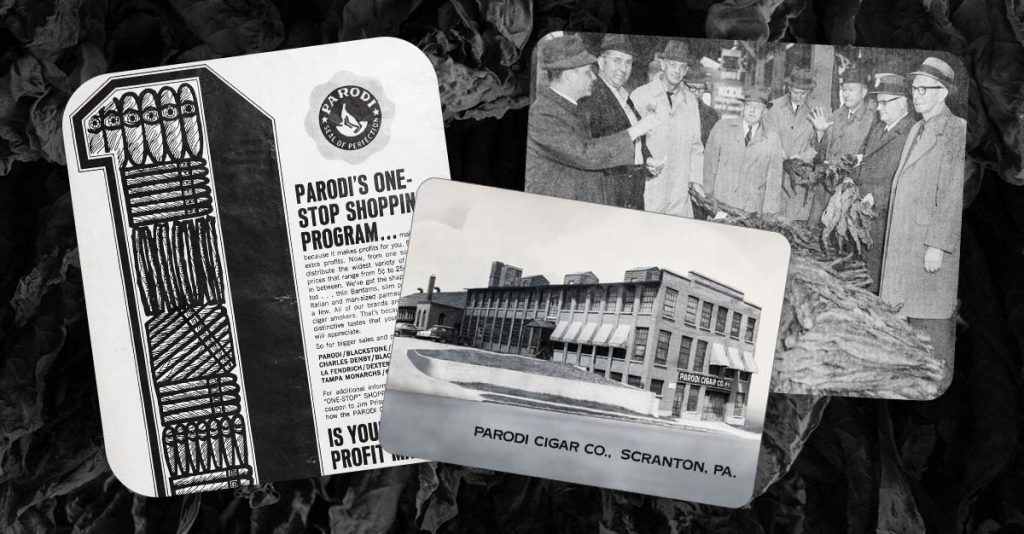 At Avanti, we’re proud of our history. When the Suraci Brothers left Italy for New York in 1901, they embarked on a journey that would span over a century of cigar-making history. Now, Avanti has been in business for over a century. But what was Avanti like 100 years ago?

In the 1920s, the Suracis were operating out of New York City as the State Leaf Cigar Company. The Roaring Twenties were a time of prosperity for many people in the United States. As more and more people had an expendable income, they were able to spend their money on the finest Italian style cigars.

During the roaring twenties, sales were high and business was booming for State Leaf Cigar Company. In 1925, the Suraci Brothers purchased a cigar factory from the Parodi family, one of their biggest competitors. They renamed the company to the Parodi Cigar Company of New York.

The following years leading up to the stock market crash were a huge period of prosperity and growth for the newly named Parodi Cigar Co. With celebrities and wealthy businessmen becoming the public face for smoking cigars, their popularity continued to grow. Parodi Cigar Company was one of the top producers of dry-cured, Italian cigars during this popular period.

The business continued to grow and expand until the Stock Market Crash in 1929. During this time period, the Suraci brothers were struggling to maintain the business. In order to save their company, they moved from New York City to Scranton, Pennsylvania. In a more affordable location, they were able to continue producing cigars and remained a top competitor in the cigar industry at the time.

Following the change in location, the brothers were able to grow their business into the company that we all know today. Currently, Avanti Cigar Company is the only producer of dry-cured cigars in the United States.

Although Avanti has been through many changes over the years, our cigars are still the classic Italian cigars our founding fathers set out to create. Light one up today!